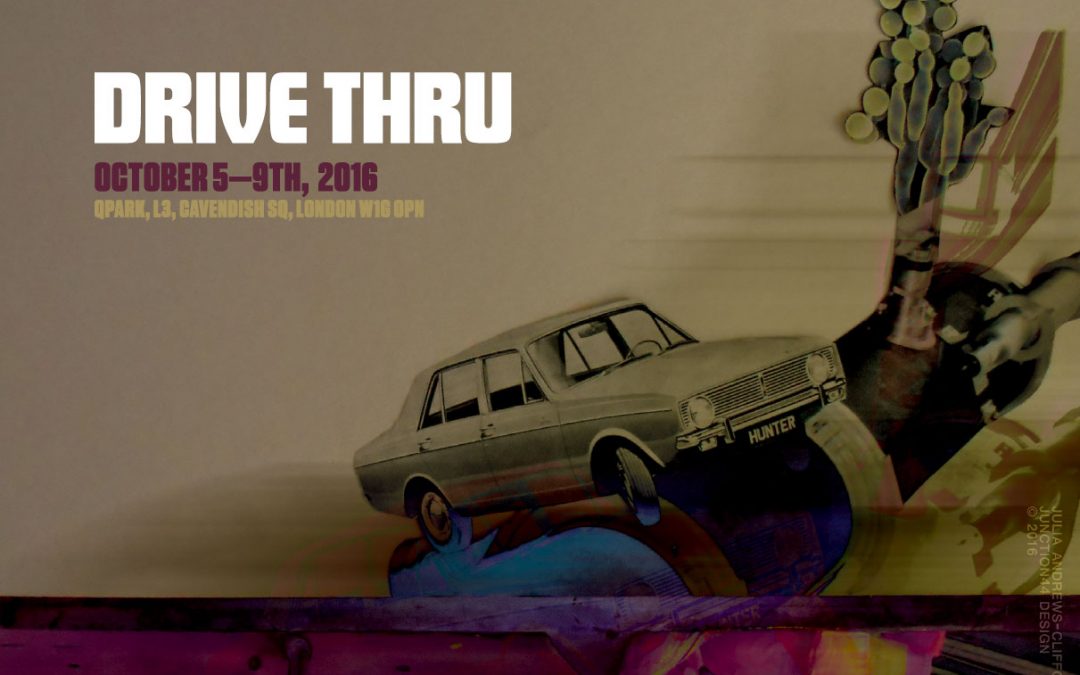 The work exhibited encompasses sculptures, photographs, film, painting, ephemeral works, live performances, happenings, staged works, installations, synchronised car radio transmissions and sound works As well as being able to be viewed by foot, there will also be periods set aside for vehicles to encounter the exhibition so that this audience can experience the works from their car.

All artists have considered this viewpoint when formulating their work and have consciously thought about how their work could be digested when experienced by a driver or passenger in a car that is travelling through space. This underground car park was built in 1971 one and is unusual as it has the form of a double helix. The floor that the exhibition is located on, level -3 is a complete circle so visitors can easily go round the exhibition more than once and as the entrances for pedestrians and vehicles are separate, the starting and finishing points will different for each of these audiences.

On Saturday 7th October, there will be a programme artist films/works and performances. Rebecca Scott will be exhibiting a showing a large tent on which she has written the text of the Document of Human Rights and which contains cushions knitted with the words from the document, as a metaphor to offer comfort and to cushion the injustices of the world. Stephane Blumer will install a cinema to screen his feature film Nostalgie de la Boue which will have seats on one side and drive in spaces on the other side. Steve Pettengall is installing an olfactory-based sculpture. Kate Renwick has created a synchronized car radio transmission. Peter Lewis and Makiko Nagaya, Ross Andrews Clifford, Adam Nankervis and Hand in Glove have developed live works for the space. Charlotte Moth, Helen Marshall, Laura Emsley, Janet Hodgson and Laura Omacini will screen works for the film programme on Saturday 7th October. Curated by Roger Clarke and Peter Fillingham Supported By Geoff Leong and QPark.