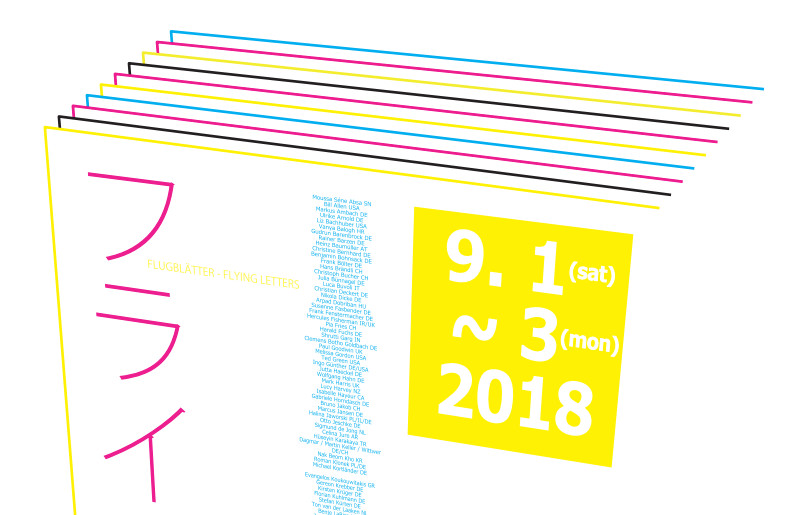 FLUGBLÄTTER tours to Maebashi from 1–3 September 2018

Curated by Birgit Jensen and featuring 130 international artists, Flugblätter was previously exhibited at Künstler Gut Loitz e. V. in Loitz an der Peene in Mecklenburg-Vorpommern from August to October 2017, and at Pictura Dordrecht in The Netherlands in February to March 2018.

The Maebashi edition of Flugblätter was co-curated by Kenzo Onoda.